An Accra based business man, Mr bright Obeng Yeboah has sued Gospel musician Evangelist Cecilia Marfo after months of scuffles and disagreement between the two personalities.

After months of numerous calls and several attempts by Mr Bright Yeboah to retrieve his properties from Cecilia Marfo, the former has decided to drag the musician to court .

In a 19 charges writ sighted by Attractivemustapha.com against the gospel musician.

Narrating the story, the plaintiff explained that based on the relationship between him and Cecelia Marfo, he decided to help her career to flourish.

According to Mr Bright Yeboah, he bought a brand new vehicle to promote and enhance the work of Evangelist Cecelia Marfo Ministry.

Your ads will be inserted here by

Please go to the plugin admin page to
Paste your ad code OR
Suppress this ad slot.

He also added that he acquired 283 acres of land at Afienya which he registered in Evangelist Cecilia Marfo’s name and fenced it.

Plaintiff says that following accusations and the strain relationship between the two, he demanded that all his properties be returned to him. 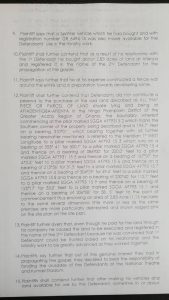 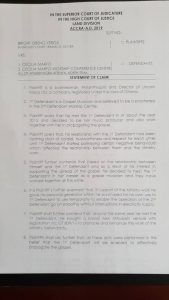 NEW DANCE REVOLUTION TO HIT GHANA. AN INITIATIVE BY THE NATIONAL COMMISSION ON CULTURE

Stonebwoy not worried about performing on ‘plywood’ stage

GhanaCreativeArts.Com is your Arts, Culture & Lifestyle Hub. We provide you with the latest news and videos straight from the creative arts industry.
Contact us: mail@ghanacreativearts.com

© Powered by LoudPromo - All rights reserved